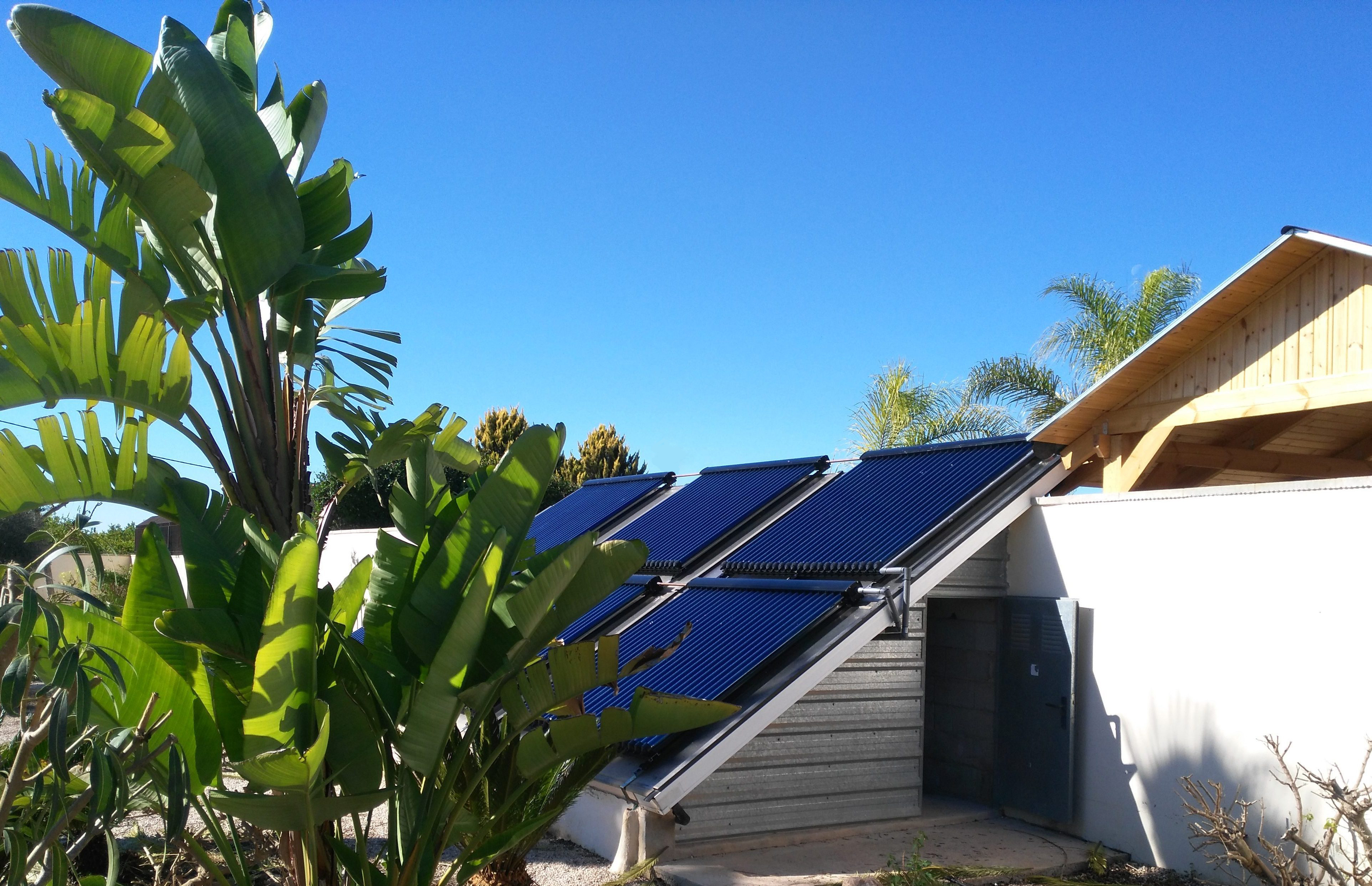 Solar energy is the cleanest and most inexhaustible of all known energy sources. Solar radiation is the heat, light and other radiation that is emitted from the sun. Solar radiation contains huge amounts of energy and is responsible for almost all the natural processes on earth. The suns energy, although plentiful, has been hard to directly harness until recently.

Solar Energy can be classified into two categories, Thermal and Light. Photo-voltaic cells (PV) use semiconductor-based technology to convert light energy directly into an electric current that can either be used immediately or stored in a battery, for later use. PV panels are now becoming widely used as they are very versatile, and can be easily mounted on buildings and other structures. They can provide a clean, renewable energy source which can supplement and thus minimize the use of mains electricity supply. In regions without main electricity supply such as remote communities, emergency phones etc, PV energy can provide a reliable supply of electricity. The disadvantage of PV panels is their high cost and relatively low energy conversion rate (only 13-15%). Thermal solar, on the other hand, has average efficiency levels 4-5 times that of PV and is therefore much cheaper per unit of energy produced.

Thermal energy can be used to passively heat buildings through the use of certain building materials and architectural design or used directly to heat water for household use. In many regions, solar water heaters are now a viable supplement or alternative to the electric or gas hot water production.

Thermal energy obtained from the sun can be used for a number of applications including producing hot water, space heating and even cooling via use of absorption chilling technology.

Using solar and other forms of renewable energy reduces reliance on fossil fuels for energy production, thus directly reducing CO2 emissions. CO2 emissions contribute to global warming, an environmental issue which is now of great concern. The average household can reduce CO2 emissions by as much as 20% by installing a solar collector.

Flat plate thermal solar collectors have been in use for several decades, but only in relatively small numbers, particularly in Western countries. Evacuated tubes have also been in use for more than 20 years, but have been much more expensive than the flat plate, and therefore only chosen for high-temperature applications or by those with money.

In recent years the production volume of evacuated tubes has exploded, resulting in greatly lower manufacturing and material costs. The result is that evacuated tubes are now similar in price to a flat plate, but with the insulating benefits of the evacuated tube, they are set to become the default choice for thermal solar applications worldwide.

How Do They Work?